Since it’s the day after the 4th, independence day from independence day, today our family most just sat back and relaxed all day. As did everyone else in America. I wonder if Thomas Jefferson did the same? It would seem odd to notice a fancy man sporting a white wig and knee breeches kicking his feet up at his desk, but I guess you can’t judge. But that’s besides the point. Since I had all this time to do nothing at all, I decided to draw again. So here are some of my odd pictures that I drew in boredom. 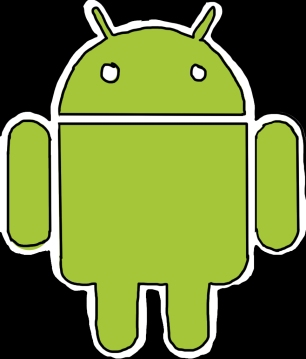 It’s the little android guy on all of your phones!

Make room for He-Man!! The worst cartoon character of all time! I might be biased to saying that because of the fact that he looks like he spent an hour before his saving the universe preparing for it by using countless cans of conditioner on his hair, but it’s pretty self-evident and true. 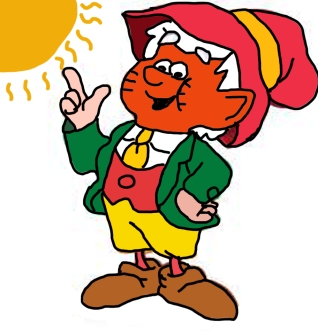 It’s a Keebler cookie elf! Only sunburnt, pretty badly… I wouldn’t eat one cookie made by him…

Alright, so that’s basically all I had to say. Writing this post was more of an excuse to post those pictures and get them out of my system. But you can’t blame me for that. Well, actually you can blame me for it because I did it but I have a reason; It took me over 3 hours to draw those. So, I bid a good night to all, and TO ALL A GOOD NIGHT!!!

Sorry about this incredibly lacking and weird blog post, but this is just an announcement :). And I really hope you add points for the dolphin!

We’ve all seen it. The internet has divided itself in to two last Thursday, after a picture of a BLUE AND BLACK dress was posted on someone’s twitter. Ever since then, people have been claiming that it is white and gold, and others say that it is blue and black. And by the way, IT IS!!! 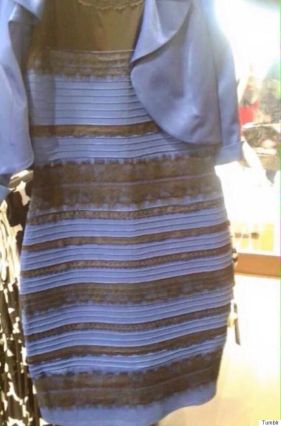 Just look straight at this picture, and tell me. There is no wrong answers (Hint: the answer is BLUE AND BLACK!)

I am so done with these people saying its white and gold, right after I claim its blue and black. Are they teasing me? Pulling my leg? One half of the internet (and I’m not going to say who) is completely wrong (and you know who I’m talking to, white and gold people). There is one completely human side, and the others are absurd. And by the way, it really is blue and black, because the designers confirmed it. It frustrates me how all of the people just see white and gold, when it is obviously blue and black. I have eyes, you know! That’s why I’m just done with it all together.

Who knows what those white and gold seeing numbskulls are thinking when they look at that picture. Do they even have a mind? Are they aliens, robots, hippies? Do they live in caves, spit acid, drink soy milk? Do they have eyes? I have been told by an unnamed source that they are actually robots, and now I’m starting to agree. But wait! I have gathered evidence from all of the white and gold sightings in my family (my dad, my brother), and I noticed that they are, in fact, ELVES!!!

It’s all very clear to me now! I briefly examined my family members, and saw that both my brother and my dad have pointed ears, and a shared love of The Lord of the Rings, which involves elves!!! All of us blue and black seeing people are in danger of a pointy-eared fate!!! Who knows what they’ll do? Shoot us with our arrows, charm us to death with breathtakingly handsome Legolas, feed us to the Keebler elves? They’ve been here for I don’t know how long, and they are most likely going to enslave humanity. Elves are misplaced as cute and charming cookie makers, though they really are bow & arrow wielding maniacs!!!

Everyone needs to take cover. The government will try to hide it from us, though it won’t work- wait, this is stupid. I’m making a big deal over a picture of a dress. As wrong as the people who see white and gold are, they are most certainly not elves. Or robots. Or aliens, or hippies. They are just, who are just wrong. You know, there won’t be an alien invasion, a robot one, a hippie one, or an elf one. In a week, this dress will just be some old news. I’m done with it. Anyways, I’m singing off right now, bye!

A minute after I published this:

“Hi Marshall,” I said to my brother, who walked in to the room, one hand behind his back.

Very slowly, he started to walk up to me, and a creepy manner.

“Whattcha doing?” I questioned him.

“Yyyyyyeeeeeeaaaaaaaaahhhhhhhh,” I slowly responded back.

“Well, the keeblers decided to keep you hostage on a cookie farm inside a tree. But don’t worry, you don’t have to waste time running, I’ll just have to inject sleeping medicine with a needle in to you, then in the morning, you will spend the rest of eternity making cookies. Say goodbye to the world!” He then pulled out the needle from behind his back, and I blacked out.

Normally, I don’t do crafts here on my blog, but it started on a normal Tuesday… I was randomly internet surfing, with nothing on my mind. But then, when I completely lost myself after searching up “oatmeal,” I found an article on the news section called, “22 best crafts to do with an empty oatmeal carton.” I opened it up, and just browsed through. It caught my eye when I saw that there was a tree stump craft there, and I opened it up. It looked absolutely amazing, so I was inspired to make my own. And, I hope when you see it, you will be inspired to make one of your own as well. After a couple of hours of painting, I think my tree stumps are finally finished.  By the way, the craft was made on the website Punk Projects (http://www.punkprojects.com/). Enjoy!!!!!